Why I Came to ICAN – A Chapter Leader’s Story 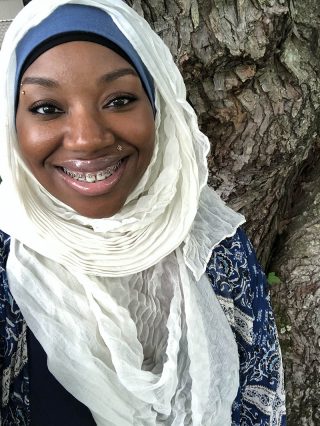 Two years ago, while pregnant with my third baby, I had a cesarean due to complete placenta previa, followed by an emergency hysterectomy due to severe hemorrhaging. Most of my days following felt heavy and dark. My therapist suggested that I join a support group for women that have had cesareans, so I googled and the International Cesarean Awareness Network (ICAN) was the first thing that popped up.

I was so excited that I had found a support group, but I was also terrified that it meant that I had to pack up my depression and sadness and physically be present at a meeting. I was afraid to show up in front of people, to be vulnerable and offer my story, to be the inspiration for “The Gasp”—you know the one, when people are so shaken that they gasp in disbelief, their faces marked by sudden sadness. “The Gasp” is a reminder of how much pain I was in. It always happens—when I get to the part where I share that I no longer have my uterus, that darn gasp sucks all the air from the room, like a confirmation that, yup, this is pretty bad.

I’m also a survivor of rape and molestation, so the cesarean trauma went deep. The throwing away of an organ so sacred to me, the bright lights, being strapped down naked on a cold table without anyone asking if it was okay. All of it was so traumatizing that when I laid down to sleep at night, my body felt so heavy. As if I would just sink into the mattress. I was for sure that sadness and grief would suffocate me in my sleep and at that level of emotional pain, I sort of welcomed the thought. My womb was gone!

I was diagnosed with post traumatic stress disorder (PTSD), postpartum anxiety, and depression. I felt as if the woman I once knew had left, as if she died on that operating table and left me with a substitute person or a stand in. I didn’t feel like me anymore. The scar was all that I was left with, all five inches of it. My obstetrician describes it as “pretty unnoticeable,” but for me felt like it stretched across my bikini line for miles.

One day, a friend of mine asked me if I would accompany her to visit an ICAN meeting. In my head I was thinking, “No, way! I’ve been running from that meeting for a year now!” I had been following the local-to-me groups on Facebook for a while at this point, unable to bring myself to a meeting. But now the pressure was on!

So many thoughts ran through my head, but I eventually gave in and agreed to go with them. The day finally came and, as promised, I woke up and began to dress, all the while thinking of all the ways that I could back out of this commitment.

I got in my car and started driving, thinking to myself, “What the heck is wrong with you, turn around now!”

This ICAN meeting in particular was held at a police station, and as a person of color, my original unease doubled. As a black woman, I didn’t feel comfortable there, and I was upset that it wasn’t taken into consideration that a police station wouldn’t feel like a safe space for me and many other people of color.

Nevertheless, I gathered my emotions and went in. Going around the room, everyone introduced themselves and began sharing their experiences after their cesareans. I sat, waiting for my turn and thinking to myself, “This is going to feel like throwing up knives.” My palms were sweating, I felt like I was going to pass out.

And then I heard another woman say exactly what I had been feeling: “I felt so lost after my cesarean.”

But there was still something missing. After attending two meetings, I realized that no one in these groups had looked like me. There were no black women in the room. How is that even possible when black women make up the highest percentage of those who’ve had cesareans?

Black women are affected the most by cesareans and other birth related emergencies, yet we are the least represented in the birth world.

Let that sink in.

Our presence is far and few between in the exact spaces where we should be represented.

As a Black woman, I realize that many women of color will stay away from support if they find that it isn’t facilitated by another woman of color. We need the, “Hey, sis!” greeting, a tight hug from one black woman to another that lasts for minutes—as if she knows you needed it; we need the deep rooted presence of the ancestors sitting amongst us, feeling our pains, mourning with us.

So many of us black women already have broken hearts, so many us feel the pain of our mothers of mothers past—the post-traumatic slave disorder that many of us battle daily on top of our birth trauma. We know that black women die at four times the rate of any other race in childbirth. We get it, and we can connect with one another in the midst of this truth. No explanation is needed.

When I talk about ICAN, people ask me, “What is that?”—for so many, ICAN is an unheard-of resource. But for me, ICAN means so much more because of all of this, all of the things I’ve shared with you here. All of it led me to becoming a chapter leader. I wanted to facilitate a support space for those who have experienced cesarean births, but especially for my people.

I want to hold space for the countless Black Women/Women of Color who are in search of support. I wandered alone for two years feeling misunderstood, and I waited for someone to embrace me and say, “I see you.” And now I want to do that for others like me.

ICAN is such an amazing organization! The resources that are given to women who are feeling lost or that just want more information are beyond words, and I am honored to be a part of the fountain of knowledge and support pouring out into my community. I look forward to facilitating and holding the space for all who need it. This is me, this is my journey!

This post was written by Tamoyia Ragsdale, Chapter Leader Of ICAN of Bowie (Maryland)