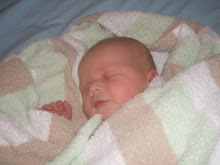 Julie sent in this birth story to share. Would you like to have yours posted here? Send it to: blog@ican-online.org. If you are looking for more inspirational birth stories, click here.

The story of her labor and birth began with Paul. We had wanted a homebirth, but due to many things and choices that we made, we ended up with a forced induction, which still to this day, we both regret reporting to, we just didn’t know what other options we had. We knew that any following birth would be a homebirth, regardless.

For Dolores’ birth we picked a wonderful, wonderful midwife, who I hope someday I can give adequate recognition too. She was so gentle and positive, helpful and present. She involved everyone in the pregnancy/prenatals and was concerned about every one’s needs being met. I looked forward to our meetings everyday, even if the next one wasn’t for four weeks! I just don’t think I can say enough about how grateful we are that we found her, and that she agreed to be our midwife. She truly believed in me/us and my ability to birth a baby. We left every prenatal feeling so invigorated and rejuvenated. I really wish I could meet with her weekly, or that she was close enough to meet with weekly, even now.

Now for the birth!

I woke on Thursday morning (11/5) to contractions that felt like period cramps, I don’t know what time it was, but it was early (like 5 or 6 am). I didn’t tell Chip right away because I didn’t know if it was ‘the labor’ or just something else. By around 8, I figured it was at least not going away, told Chip and we called the midwife. We went about our day, it happened to be a pay day, so we had lots to do. Through out the day I continued having contractions, somewhere in the general area of every 5 to 10 minutes. After Chip went to sleep I kept track and tried to get some sleep. I would sleep in between and wake with each one, that was NOT pleasant at all, but at least I woke Friday feeling somewhat rested.

On Friday morning, it seemed they were still the same, but looking back, they were much more intense, I guess it happened so gradually that I didn’t notice the increase in intensity! I should have known because I was having a hard time dealing with Paul and the contractions. I could not sit down or lay (much more painful, though I did try to sit or lay to rest my legs!), had to be standing and pacing. I talked to the midwife and it was determined that she would head out when they didn’t change when I laid down (they were still slowing down if I sat or laid down).

Chip took Paul for a ride to Walmart, hoping he would fall asleep so I could get rest and also Chip was hoping to catch a little nap too, as we both figured it would be a LONG night!

They left at a little after 1, maybe like 1:15??. I went to the bathroom and had a contraction and then tried laying down. I had one three minutes after the one on the potty, which I thought was odd since I was laying down, but figured it was just because I had just laid down. Then the next one came about 3 minutes later and OH, MY GOODNESS! it was so strong and powerful I didn’t know what I was going to do! I felt a pop, which I’m not sure what that was as my water had broken sometime on Thursday (when I had woken up we think). So I got up as I was feeling hungry/faintish, like I needed to eat. The contractions were pretty close together, I wouldn’t say right on top of each other, but only maybe a minute between. I never got to eat.

First I got some food on my plate and had a contraction. As I was pacing around for that the stupid dog ate my food! I was so mad, it had taken probably 10 minutes for me to get that small amount of food together (between contractions). I did get some more and headed to the bedroom, as I had realized I should probably call the midwife, and I was having a hard time keeping up with the contractions. Tried laying down, but that wasn’t happening. So I got out of bed somehow and got the phone. I can not tell you how hard it is to dial a number while in transition. I really didn’t think I could do it. Of course it was busy :). I had her beeper number as well, but that would have meant actually dialing the phone again and I didn’t think I could do that, so I just hit redial after a few contractions, when it was still busy, I mustered up, somehow, the will to dial not only the beeper number but also OUR phone number to enter in. I still don’t know how I did that, I just remember thinking that something must be VERY different about these contractions if the thought of having to dial a phone was so overwhelming. (I called the midwife at about 2:20).

While talking to the midwife I said something about the pressure, like there was a lot of pressure. I think my words were ‘the pressure, there’s so much pressure’ or something like that. It was close to the last thing I said to her and I remember when I put the phone down I was right at the beginning of a contraction and something in the back of my head said, hey, pressure, isn’t that something a lot of people in birth stories say when it’s time to push? So I squatted and pushed, it felt good. I moved to the toilet because I know a lot of people in the birth stories have said that was a good place, it wasn’t good for me, but it was near the tub, and somehow that was where I ended up. I didn’t turn the water on, but it had a nice place to grab onto for pushing and also some good places to lean for rest when not pushing. I could really feel her moving down those first few pushes, it felt so good to have something to do to really help the process along. After several I would feel her move down and then go back up. This was very, very frustrating. But during the rest between contractions I had some moments of reality and thought maybe there was a reason for her to not come until the midwife got there (she’s about 2 hours away). Of course by the time the thought was finished it was time to push again, and there was NO way that my body was going to let me not push. Pushing was okay, but if I let those contractions happen without pushing it was very, very painful, not in the way the first contractions were, something completely different. Something else interesting, looking back anyhow, was that once the midwife got here she suggested yelling/screaming from a lower place, more like a growl, and that really did help. When I first started pushing I was yelling low, but I stopped because my throat was hurting and I was afraid I’d lose my voice – silly thoughts really! so I was just yelling, like some one was killing me yelling. I think that is also when she stopped coming down so quickly. The low noises really did make a difference for me.

Chip and Paul got home a little before 4, he came in to see if I was okay, as I was yelling, loudly (I am very thankful this was during the day and the two neighbors we have were gone. I’m sure someone would have called the police thinking I was being murdered or something!). Paul was freaked out by that. Chip made sure I didn’t need anything, and I didn’t, was doing good, just had to yell, it’s like I could not push without yelling, the two things had to happen together. He went back to Paul. The midwife got here about 20 minutes after they did, sometime after 4, and I think she said she was here about 20 minutes before Dolores was born.

She came back and checked on me, and suggested I move to the edge of Chip’s bed so she could see better what was going on, since I was very frustrated that Dolores kept going back up. Once there, which was also nice because there was a place to put my head and rest in a more comfy position between pushing (I was still squatting). I still can’t believe my legs did not give out, squatting for 2 hours! She also suggested that I yell from a lower place. It really did work. The first contraction with that Dolores came down a lot, she did go back up, but not as far. The midwife said that that is how babies do it, stretch a little then go up, nice and slow. In the reality between contractions it made sense for a baby to do that, but it sure didn’t when I was pushing! The midwife went to try to find Chip, who was still outside with a very, very freaked out Paul. But she came right back, not finding them, and knowing the baby was coming very soon. I think it was about 2 pushes after that, maybe three, and her head was out. Then the next one, the rest of her. That was a weird feeling! Her head felt like what I thought it might, it didn’t burn as much as I was expecting, which is good :). But her body, that was a weird feeling.

Dolores was born at 4:35 pm on a very, very beautiful November day (it was over 70 degrees, and sunny!). She was alert and looking around, I was the first to hold her. I don’t think I can fully explain who wonderful it felt to actually birth her on my own, no one poking and prodding or instructing. I was completely able to just do what my body needed me to do. I never really thought about much, I just followed what felt right. I don’t think I could ever have a baby any other way. It was such a powerful moment for me. I had thought before it all began that I wouldn’t be able to do it (Paul had ended up being a c-section), I thought there might be something wrong with me. I do wish I could bottle up those wonderful post birth feelings to have them when ever I needed them.