You are here: Home / Blog

In 1982, Liz Handler and Esther Zorn dreamt of an organization that would spread awareness and education surrounding cesareans. Because of their efforts, and the efforts of all that have come before and after them, we have seen a cultural shift among consumers. Families are now taking more control of their pregnancies and births, and feeling the empowerment that comes along with recognizing your innate capacity to be the lead authority in the birth room.

The COVID pandemic has had many far-reaching effects on healthcare, including essentially banning hospital-based doula care in many regions. This action removes the evidence-based care that has been shown to reduce cesarean rates and improve outcomes.

We’ve also seen pregnant people being coerced into inductions and cesareans in greater numbers. Government policies have given the hospital-based providers more freedom to restrict our human rights in childbirth without fear of repercussions.

We know that awareness campaigns work. They reach far and wide by sharing the personal stories of the world’s birth givers, and by sharing these experiences, they work to change the future of birth for us all. When ICAN created Cesarean Awareness Month nearly 20 years ago, there was one goal in mind – to ensure consumers would hear the full risks of cesareans and other uterine surgeries before the first surgery. Many, if not most, do not hear terms such as “Accreta” until they are being diagnosed with it, even though data shows the vast majority of people that have a cesarean will have a repeat. This means people are not fully informed on the risks of cesareans before their first.

We must work together to ensure all births occur from an informed state of decision making. We must work to save the birth givers oft he world from the coercion and violence associated with biased counseling.

On this first day of April, as we begin the 2021 Cesarean Awareness campaign, we ask you to join with us to share education, support,and advocacy surrounding all cesarean topics, because Birth Rights Are Human Rights. 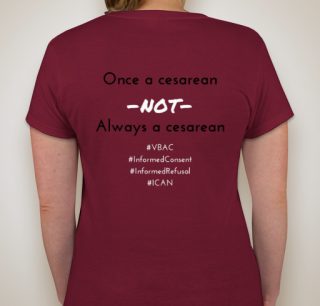 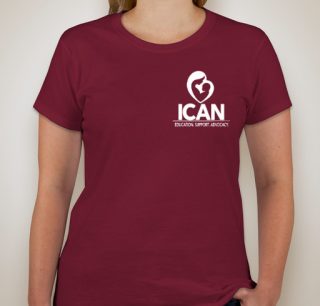 During Cesarean Awareness Month in April every year, we sell a t-shirt to bring in funds for our mission and to spread awareness through people wearing these t-shirts far and wide. This year we’ll be choosing our CAM shirt design from submissions from people like you!

Beginning now, we will accept submissions of t-shirt designs via email to Board@ICAN-online.org until January 31st, 2018. We will choose the designs to be voted on. The winner will receive a free t-shirt!

Musts:
-Your design should be relevant to ICAN’s mission
-Must be a high-resolution image in png, tiff, or pdf
-Designate if you intend the image to be the front or back of the shirt
-Keep your design working file saved in case small tweaks are needed
-The work must be your own – no copyrighted images or aspects allowed

Tips:
-ICAN’s official colorway is Hex #820024 (but it isn’t required to use only that color)
-Simpler tends to read better on a shirt.
-The number of colors used can impact whether an idea works as a shirt design.
-Be mindful of wording. (There is no easy guide for this, and it is not possible to perfectly resonate with everyone’s own perspective, but just thinking about how any given phrase may come across to the public is helpful.)
-Submission of your artwork gives ICAN the rights to use the image as our own to further serve our mission.

Have FUN! We are very excited to see your creativity at work! 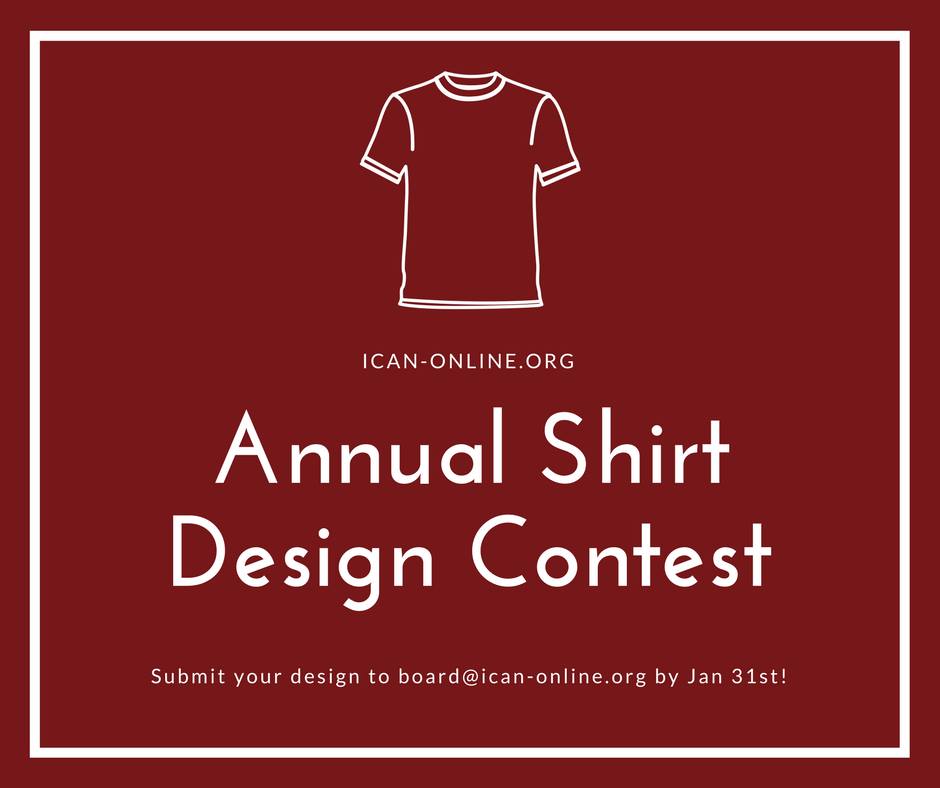 April is Cesarean Awareness Month, and we have the perfect shirt to spark those important conversations this year! The most important element of cesarean awareness is YOU reaching out to your community. Only available for purchase through the month of March. All proceeds go directly to ICAN!
Get a 2016 CAM Shirt!

It’s Cesarean Awareness Month and here at the ICAN Blog, I’m excited to share a lot of great birth stories, guest posts, videos and more during the month of April! As a reminder, if you would like your birth story to be featured on the ICAN Blog during this month (and it hasn’t been featured on the Blog before), please email Melek at blog@ican-online.org for further guidelines.  The firm deadline is April 20, but you are encouraged to submit earlier so that all entries may be shared.  We will also have discussion on VBACtivism and how you can get involved in activism in your community, as well as a guest post on vaginal breech birth vs. scheduled cesarean for breech and more.

Stay tuned tomorrow for the first birth story of CAM!