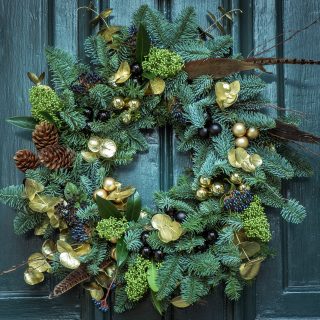 Being pregnant during the holiday season brings a unique component to the time of year that many find full of joyful stress. If your due date falls between early November and early January, that stress can be amped up even further. Will your water break as you pull the turkey from the oven? Will you be able to decorate a tree or light candles with your children or will you be in the hospital laboring? So many questions about the various birth scenarios arise that it might seem like a good idea to schedule an induction to have some small control over birth timing. But is that the best choice for you and your baby when not medically necessary?

Induction of labor frequently increases birth interventions such as fetal monitoring, epidural anesthesia, instrumental delivery, and cesarean section. First-time mothers undergoing induction double their risk of having a cesarean, which increases risks in subsequent pregnancies such as uterine rupture, placenta previa, placenta accreta, and hysterectomy. Though VBACs and induction are compatible in most circumstances, a woman with a prior cesarean has a 33-75% risk of having another cesarean.

If your provider starts a discussion about scheduling an induction right before a holiday, ask questions.

Research your options and decide what is best for you and your child. Only a turkey should be on a timer.

Evidence continues to mount that increased use of interventions in childbirth, such as induction and cesarean, are not necessarily beneficial to mothers OR babies.

In a study published this month in the Journal Maternal-Fetal and Neonatal Medicine, researchers found no evidence that higher rates of cesarean benefit babies. According to the study’s author Dr. Christopher Glantz, “Like virtually all medical therapies and procedures, these interventions entail some risk for the mother, and there is no evidence in this study that they benefit the baby…In my mind, if you are getting the same outcome with high and low rates of intervention, I say ‘Do no harm’ and go with fewer interventions.”

Here is a description of the study:

In the study, Glantz focused on pregnant women delivering in level I hospitals – those lacking a Neonatal Intensive Care Unit or NICU – because they care primarily for low-risk women who do not have major complications, such as diabetes, high blood pressure or other severe disease. The majority of women in the United States deliver in level I hospitals.

Through a birth certificate database, Glantz obtained and analyzed data from 10 level I hospitals in the Finger Lakes Region of upstate New York and calculated the rates of induction and cesarean delivery at each between 2004 and 2008. Not surprisingly, the rates varied widely.

To determine the health of newborns delivered at these hospitals, he looked at three outcomes: transfer of the newborn to a hospital with a NICU (signifying the presence of complications that required a higher level of care); immediate ventilation or breathing assistance; and a low 5-minute Apgar score (a quick assessment of the overall wellbeing of a newborn).

Using statistical models, Glantz assessed the relationship between rates of induction and cesarean delivery and rates of the three neonatal outcomes. He found intervention rates had no consistent effect on newborns: Whether a hospital did a lot or very few interventions, there was no association with how sick or healthy the infants were.

Even after a second round of analysis that accounted for differences among pregnant women that could potentially impact the results, the finding was the same – hospitals with high intervention rates had newborn outcomes indistinguishable from hospitals with low rates.

MyHealthNewsDaily recently reported on the rising rate of cesareans, especially among first-time mothers.

“The most concerning problem is the high rate in first-time mothers,” said Dr. Jun Zhang, a medical researcher at the National Institutes of Health and co-author of a new report on cesarean delivery practices.

In his study, published in the American Journal of Obstetrics & Gynecology last month, Zhang looked at medical records of 228,668 women who had delivered babies in 19 hospitals across the country, to determine the factors involved in cesarean deliveries.

The study underscored a shift — one that has been in the making since the mid-twentieth century — in how hospitals approach the birth process. The shift is toward a more streamlined labor and delivery, and profoundly affects mothers-to-be.

In the case of rising C-sections, Zhang wrote in the report, this shift is not likely to reverse any time soon.

The study cites “failure to wait” as one medical practice impacting cesareans among first-time moms.

In Zhang’s study, however, he found that many patients weren’t given a sufficiently long time period to allow their labor to progress. In other words, doctors were calling it quits on waiting and opting for a C-section too soon — often before the patient’s cervix was dilated to 6 centimeters.

This was especially true in cases of induced labor, during which a woman is given the hormone oxytocin (also called by its brand name, Pitocin) to initiate labor: Almost half of the C-sections in these women occurred before they were 6 centimeters dilated, Zhang found.

Defensive medicine is also at work when it comes to VBAC.

Another factor contributing to the record-high cesarean rates is a drastic decline in vaginal births after cesarean (VBAC). Zhang found that 70 percent of women in his study who had previously undergone a cesarean delivery had C-sections with their subsequent pregnancies, without attempting vaginal delivery.

One reason for this is a fear of lawsuits. If a physician doesn’t perform a C-section, and something goes wrong with a patient who previously had a C-section, the law often does not protect the physician, said Dr. Daniel Roshan, an obstetrician and gynecologist (ob-gyn)  at New York University Langone Medical Center.

“We’re hopeful that this statement will push hospitals to reverse their bans, but we haven’t seen significant change yet,” said Krista Cornish Scott, the education director of ICAN, who herself had two complication-free VBACs.

And again about the perils of the current medical model of birth and the need for change:

“It’s an intimidating system,” ICAN’s Scott said, “You almost need to bring a medical researcher and a lawyer with you to the hospital if you want to control how you give birth.”

She said, “We need to change the entire way we view birth and we have to be able to trust our caregivers. The alternative would be terrifying.”

A study published in this month’s American Journal of Obstetrics & Gynecology has made headlines, including the Los Angeles Times.  Results of the study show that 1 in 3 new moms are giving birth surgically:

Overall, cesarean deliveries account for about a third of births in the U.S. While much attention has recently focused on women having repeat C-sections, researchers with the National Institutes of Health found that nearly one third of first-time moms delivered by cesarean.

Although several potential reasons were cited, including increased maternal weight and age, one factor stood out. From another article in the LA Times:

The study, released Monday by the Eunice Kennedy Shriver National Institute of Child Health & Human Development, found C-section rates were twice as high after induction of labor compared with women undergoing spontaneous labor. Labor is often induced to speed up labor and delivery.

“Our study cannot directly say induction causes C-section, but it does provide some clue that either people may not be patient enough or something is going on that we’re not really sure about,” said the lead author, Dr. Jun Zhang.

The researchers note that lack of patience may be at issue:

The study showed, not surprisingly, that the major reason for undergoing a cesarean was due to the woman having a prior C-section. Still, almost half of the cesareans that took place after labor had started were due to “failure to progress,” and the study suggests that doctors aren’t acknowledging that labor takes time and doesn’t follow a predictable pattern in women, especially first-time mothers. A high proportion of these C-sections were performed before the women’s cervix had dilated to six centimeters, which is still considered an early stage of labor, and among women who had been in active labor for only two or three hours.

“As long as the maternal and fetal health are doing well in labor, they can wait longer and perhaps decrease the cesarean rate,” said Dr. S. Katherine Laughon, a co-author of the study.

Solutions? What ICAN has advocated for a long, long time:

For C-section rates to fall, more first-time mothers need to delivery vaginally, Zhang said, and more patients should undergo a trial of labor for VBAC, as was recommended recently by the American College of Obstetricians and Gynecologists.

Your weekly one-stop for highlights from the birth blogosphere. Visit weekly for the latest on childbirth, especially related to cesarean prevention, recovery, and VBAC. To nominate a blog post to be featured here, email me at blog@ican-online.org.

It’s been a little slow here on the blog so far this summer. Lots going on with family vacations and graduate school for this blogger! I’ll try to keep up and post more often from here on out. Meanwhile, in case you’ve missed what other wonderful birth bloggers have been posting, here are some highlights from the last week:

Do not miss this awe-inspiring video and narrative from midwife and “Spinning Babies Lady” Gail Tully on her Spinning Babies Blog of a second-time VBAC mama’s frank breech homebirth. Those of us in the Twin Cities of Minnesota are so fortunate to have such wonderful midwives who really trust birth.

In case you’ve been reading unsettling headlines about the World Health Organization dumping it’s cesarean rate guidelines, be sure to read Jill’s fact-checking post at The Unnecessarian. Another example of the media gone haywire on childbirth in America.

Speaking of the media, Kmom offers a great analysis on Well-Rounded Mama of a recent Boston Globe op-ed discussing the high costs of cesareans and suggestions on lowering the cesarean rate.

Lastly, Fearless Birth picked up on news of a recent study that shows high protein diets early in pregnancy can help protect mothers from gestational diabetes, something many good midwives have known (without testing mice) for a long time!