You are here: Home / CBAC / Cesarean Birth After Cesarean

Reprinted from the Spring 2015 Edition of The Clarion, ICAN’s quarterly online publication. Subscribe today to get yours! 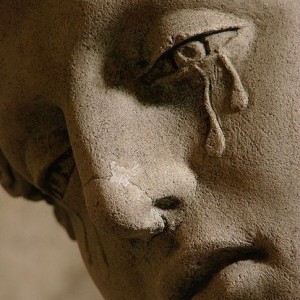 Remember, no effort that we make to attain something beautiful is ever lost. – Helen Keller

Eighteen years ago this spring, my second child was born. He was born by repeat cesarean after a long, hard “trial of labor” which included 5 hours of pushing with no progress because he was big and posterior with an upright (“military”) head position.

I’ve second-guessed that birth for many years. It’s possible that if we’d pushed even longer, his head would have molded enough to fit through my pelvis and turn anterior on the perineum, as many posterior babies do. However, at that point, I was exhausted, in a lot of pain, and was worried about the wisdom of continuing when things had gone so long without progress. I didn’t want to go into a repeat cesarean in true emergency mode because of a rupture or fetal distress, and emotionally I needed to make sure that I didn’t have an anesthesia failure like I did with my first cesarean. At that point, I just had a strong sense of Inner Knowing that it was time to be prudent and stop before things became a real emergency, but it was hard to communicate that to my husband and support team. My doula treated me like I had wimped out and thrown in the towel too easily. I never heard from her again after the cesarean. It was clear she viewed me as a failure.

At that time, there was no ICAN chapter in my town. I dreaded having to go back to the ICAN mailing list and tell them I’d had a CBAC , but I gritted my teeth and did it anyway. I got some sympathetic responses, but mostly I got a lot of silence or tepid responses that felt judgmental. No one knew how to reply to someone who hadn’t gotten their VBAC . Over the years, there was a lot of armchair quarterbacking about my decisions. People meant well, but I was left feeling pretty unsupported. And I didn’t feel I could really emotionally process the birth fully in ICAN spaces because I was afraid of discouraging those who were still planning their VBAC s. No one wants to hear about when VBAC doesn’t work out.

But if about 75% of labors after cesarean end up with a VBAC , that means that about 25% of these labors end with another cesarean. Where is the support for women who have an undesired second cesarean? Where is the acknowledgement of all the work they put in towards a VBAC , the hours of labor, the pain, the worry? Does all that preparation and work not count if you don’t end up with a VBAC ? In time, I began to realize there was a vacuum of support for the mothers who didn’t VBAC . It wasn’t just about my own experience anymore, but also about other moms. How could we make it so that all mothers felt supported, regardless of outcome? Isn’t ICAN about emotional support after any cesarean, whether it’s your first or another one?

I wasn’t the only one, of course. A number of us shared this experience of another unwanted cesarean, including people in the leadership of ICAN, and we began to talk about how to offer better support. One of the first things we did was ditch the terms used in the medical literature, terms like “Failed VBAC ” or “Failed Trial of Labor.” We felt this was too judgmental and insensitive. We were not “failures,” we did not “fail,” and we should not have been “on trial.”

We created the term Cesarean Birth After Cesarean, or CBAC , as a more mother-friendly alternative. It refers to a cesarean that occurs when the mother really wanted and worked for a VBAC but didn’t get one. These women had different emotional needs than those who wanted a repeat cesarean, and terminology needed to reflect that difference. So we used “CBAC ” to differentiate another unwanted cesarean from Elective Repeat Cesarean Section (ERCS), where women truly wanted another cesarean and voluntarily chose it. Neither is good or bad; they are simply different experiences.

There are many shades of CBAC . Most of the time, it refers to someone who labored and ended with another cesarean, but it can also refer to a cesarean performed before labor for medical reasons, because the mother had no choice, or because the mother was coerced or scared into a repeat cesarean. Some women prefer CSAC (Cesarean Surgery After Cesarean) because they consider the term “birth” too emotionally loaded. Our position is that women get to choose the term that seems right for their own experience. The important thing is to acknowledge and validate the range of feelings that women have over this experience.

Of course, all CBAC mothers are not alike. Having the shared experience of a CBAC doesn’t mean other details of our situations are similar. Each CBAC is unique, and each carries its own particular color and resonance of pain. Some CBAC mothers felt they had a “prudent CBAC ,” where although it was difficult, a repeat cesarean felt like the right choice under the circumstances. Some had an “empowered CBAC ,” where even though there was disappointment and sadness, there was powerful learning and healing too. Some go on to have a VBAC eventually, while others never do. Some have multiple CBACs, each with their own emotional resonance. Some have a VBAC and then a CBAC , which has its own particular pain. A few have had the bitter experience of having lasting physical and emotional damage from their CBAC, including uterine rupture, hysterectomy, or damage to or loss of their baby. As always, each person’s experience is different and unique, and each CBAC mother needs safe space to process all the varying feelings about those experiences. But sometimes this is difficult to do within regular ICAN channels.

Over the years, we have tried to expand resources for CBAC mothers within ICAN. We have created an online support group and Facebook page for CBAC mothers. We have offered several CBAC sessions at ICAN conferences and at local chapter meetings, and we have had many heated discussions online about CBAC . But even now, some people don’t think there needs to be any separate support for CBAC mothers (“a cesarean is a cesarean”), and to this day, many of us with CBACs still have our birth decisions questioned and second-guessed. Although many doubters have come around to offer more support, CBAC still remains a topic of some friction at times within the community.

In 2011, I offered another CBAC session at the St. Louis ICAN conference. The session was derived from discussions by mothers on the Yahoo CBAC Support Group, and many graciously consented to sharing their thoughts and quotes to help others. At that session, we brainstormed ways to offer further support for CBAC moms. One of the main ideas was to have an online website devoted to CBAC support and information.

So last year, Melek Speros, Catherine Kowalik Harper, and I created a CBAC Support website.  On this site, we share CBAC research, websites where CBAC moms can go for emotional healing, information on the unique emotional needs of CBAC mothers, suggestions for processing a CBAC , CBAC birth stories, inspirational quotes for healing, and suggestions for birth professionals to help support CBAC mothers. In future years, I hope we can create even more ways to help support CBAC mothers.

Eighteen years after my own CBAC , it remains a potent memory. My sweet little boy is a man now, ready to fly off on new adventures, but his birth is still a touchstone for many different emotions. Although I did eventually go on to have 2 VBAC s after the CBAC, those experiences didn’t really heal the CBAC . They simply are different entities – not better or worse, just different. Although there are things I still mourn about my CBAC, I have learned to honor all my birth experiences, difficult or easy, because they are a big part of the person I am today.

The lessons I learned from my CBAC remain powerful and still resonate in my life. My CBAC helped me to be more compassionate about other people’s births, to recognize that sometimes there are just things that are beyond our control in the moment. It helped me to realize that sometimes birth is more about the willingness to heal and change; that it’s more about the journey and less about the destination. In time I learned to honor both the disappointment and the joy in all my births, to remember that what counts most is the parenting we do throughout life rather than how we birth, but also that how we feel about our births counts . I found that out of my suffering came the ability to transform pain into advocacy. I found my voice in a new and potent way, and I have endeavored to channel the power of that voice to create change, as well as to create and hold safe space for other women and their unique experiences.

A CBAC is never an easy thing. The pain and disappointment of it stays with you forever. But in time, out of the pain and conflicting emotions can come great growth and power to create change for yourself and others. Just give yourself the gift of time and space for that healing. It will come.