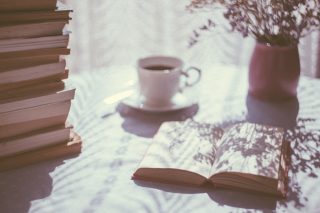 Every second Wednesday, our blog will be featuring a book review as part of our new Book Club series! Check here to discover the latest books on topics such as pregnancy, labor, postpartum, and recovery from birth. If you have read the featured book or if you just finished a new and exciting book, please feel free to email your comments and titles to blog@ican-online.org.

To kick off our new blog series, we are featuring a review from VBAC.com of Thais Nye Derich’s new memoir, Second Chance: A Mother’s Quest for a Natural Birth After a Cesarean.

Second Chance: A Mother’s Quest For A Natural Birth After a Cesarean- A Memoir by Thais Nye Derich

Thais Nye Derich’ book is a beautifully written, restorative journey of self-discovery, empowerment, and spiritual growth. It is also a testament to a maternity care system that has inadvertently failed many women. Managing the natural process of childbirth with routine protocols and multiple interventions geared more to an intensive care patient than a healthy woman giving birth. Multiple interventions used on a healthy woman often lead to an avoidable cesarean section.

The mother of two boys, Luke, born by cesarean and Mikko, born naturally at home with midwifery care, Thais tells us that she wrote this book to heal from the trauma of her unexpected cesarean and unresolved past trauma, untreated and buried. Her mother had abandoned her family when Thais was four. After Luke’s cesarean birth assisted by a vacuum extractor, her goal was to find a way to talk about Luke’s birth without crying.

This book is not a general guide to a VBAC, but a personal narrative that reflects the deep disappointment and disconnect that many mothers feel after an unexpected cesarean. It is also an example of the strength and resilience of mothers who take the difficult but rewarding journey to resolve their conflicted feelings about a cesarean birth they experienced as traumatic.

Thais’  cesarean was performed many hours after having been in labor with a typical “cascade of interventions.” A Pitocin augmentation, an IV, continuous fetal monitoring, restricted movement, fentanyl to mitigate the pain of the relentless contractions, and finally an epidural and a bladder catheter.

“ I am in a panic now,” she writes. “I have no idea how to handle my contractions. I am about to have a baby while hallucinating.” When she begins to push, still numb from the epidural, she writes, “My body isn’t with me, or I am not with it…My instincts are hidden from me…This is like swimming with a backpack full of rocks.”

Unable to make progress in the pushing phase within the expected time frame for a first birth, her physician was called in because she lived far from the hospital and it was nearing midnight. Neither Thais or her baby were at risk, but after examining her the physician said, “It’s time to get that baby out.” She wanted to “grab” the available OR before someone else did. Although Thais was treated kindly and agreed to the interventions, neither her physician nor her nurse took the time to explain her options nor the risks of a cesarean section on future pregnancies. Her physician made the recommendation and waited on Thais’ bed with a consent-for-surgery form that needed to be signed although Thais had no time to read it nor the mindset to understand it at the time.

Like many mothers who have had a cesarean, Thais struggled for years to understand what happened that led her to have a cesarean and why her psychological pain was so visceral. She looked for someone to listen to the story of Luke’s birth without thinking like she was “crazy.”

When she became pregnant with her second child, her search to find a caregiver she could trust and a safe place to give birth to her second child was not easy. Her path led her to a spiritual healing center, chiropractic care, yoga, visualization, meditation, an improved diet, a Blessing Way, and a woman’s circle where she found the reassurance and emotional support she needed.

Like many women who are focused on laboring for a VBAC, the author’s decision alienated her from her partner at times. “ I realize that Jake and I are living two separate lives. He sees my struggle, but he doesn’t understand it. He doesn’t get me anymore.”

Laboring for a VBAC at home for a mother who has not had a prior vaginal birth has increased risks. But, Thais researched all she could on VBAC and made her decision with her eyes wide open. “…there is something about taking full responsibility for the birth of my child that leads me to the very real possibility of death. The glory of a beautiful and peaceful birth in my own home doesn’t come for free…Birth is not a fairy tale.”

When her midwife gave her the consent-for-treatment forms to sign, she did not mince words about the risks of a homebirth VBAC. “This form says you understand that there is an increased risk of maternal or neonatal death at home because there is not an operating room down the hall….in reality, we could be dealing with some very hard scenarios at home that require guts and grit and trust in one another.”

Thais’ midwife had an agreement in place with a hospital four minutes away to care for her client in case of a home-birth transfer.  The collaborating physicians on staff did not support home birth but did respect a woman’s ethical and legal right to make her own informed decisions. If Thais needed to be transferred to the hospital she would go directly to the labor and delivery unit and her medical record would be accessible to any member of the staff that needed to care for her. Her midwife had the right to accompany Thais, but not provide any medical care.

This book reveals to us that birth is a transformational experience. It is also about compassion, dignity, autonomy, trust, emotional support, and empowerment.

As Maria Iorillo, LM, CPM, former Vice President of the Midwives Alliance of North America and Chairwoman of the California Association of Midwives writes in the Forward, “How we as a family and community care for women in this fragile state (of giving birth) can mean the difference between suffering and empowerment.”

Every mother who begins the difficult journey to resolve her feelings about her unexpected cesarean will find her own safe way to give birth in her subsequent pregnancy. This safe place may be a birth center. Or the hospital with an OR down the hall, but with caregivers who respect her wishes for non-drug pain relief, freedom of movement, and doula care. Failing to find supportive caregivers, a good birth may also be an elective “gentle” repeat cesarean. Second Chance is inspiring for any mother making this journey.

Derich’s memoir is also an important contribution to the current international debate about human rights in childbirth and the critical role of respectful maternity care. In today’s world, it is no longer acceptable to move ahead with or simply recommend a procedure or a course of care. It is women themselves who get to decide what they are willing to consent to and what to refuse.

Without respect for autonomy and women’s ability to make their own informed decisions about how they want to give birth it will be difficult for caregivers to gain the trust of the women they serve.

Reblogged with permission from Nicette Jukelevics, a member of ICAN’s Advisory Committee, from her website VBAC.com.

Photo by freestocks.org on Unsplash