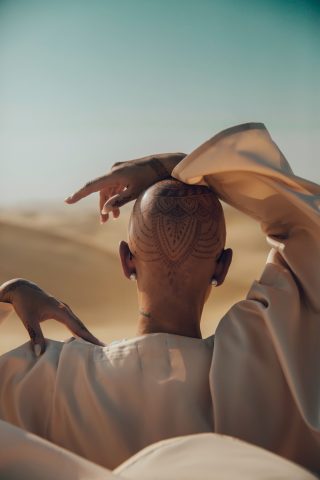 Body art has existed for most of human history. Tattoos specifically can be found on mummies from several ancient cultures around the globe, the oldest dating back to the 4th millennium BCE. There are several reasons people choose to decorate their bodies permanently with ink – body image issues, marking a significant event, and even just as an expression of personality. Modern parents are actually more likely to have a tattoo than those without children, according to The Harris Poll, 2015, 43% compared to 21%. Many people enjoy marking their bodies with special tattoos to represent their children. UNHCR Special Envoy, director, and actress Angelina Jolie, for example, has the birth coordinates of all of her children tattooed on her upper arm. Names, footprints, even a sample of their child’s handwriting, are popular as well. 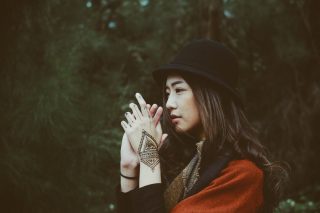 Special tattoos to overcome troubling medical or abuse issues have risen in popularity recently too. Covering bodily harm scars or severe burns or any other body issue with a purposeful, chosen personal symbol can help reconnect a person to their body and be proud of what had previously been hidden. Cesarean scars are not different in this sense. With global rates of cesarean surgeries climbing, more and more women end up with an abdomen scar that is a permanent reminder of a major mental, emotional, and physical event, whether the cesarean itself was positively or negatively experienced. In light of that, many women are choosing to cover their scar with a positive, personal tattoo to highlight the significance of their cesarean while celebrating their new body.

I asked an ICAN member to share why she is considering a cesarean scar tattoo:

How did you learn about cesarean scar tattoos?

I hadn’t heard of it before I started looking, but I wondered if tattoo artists could cover scars. When I looked online I found a bunch of examples of cesarean scar tattoos.

What inspired you to consider a cesarean scar tattoo?

I had PPD and PTSD for several years following my daughter’s birth. My scar was a constant reminder of the trauma and I just wanted some way to cover it up.

What does your scar mean to you?

My scar is not just a physical scar for me. All my emotional scars are tied to it as well. It represents a lost moment of my life because I was under general anesthesia during the operation and missed the first 2 hours of my daughter’s life. It’s a mystery to me, because other than a stack of hospital paperwork, I don’t know what happened during that operation and what was done to my body or my baby.

How would that meaning change if you were to tattoo over your scar?

I thought that if I were to get a tattoo on it, then I could reclaim it, not as something that was done to me, but as something I chose. I could put a reminder of the life that was created with that scar. 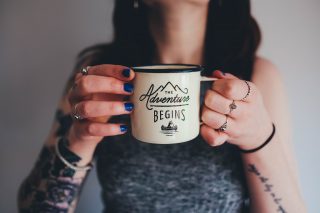 Tattooing a cesarean scar can be difficult as the area is usually soft, pliable skin which can be harder to manipulate correctly for tattoo accuracy. It is worth it to interview several tattoo artists to find a good fit for a person’s particular skin condition and choice of art. Asking questions, viewing portfolios, and asking for references is the best way to find a clean, professional shop that will serve a person’s specific needs.

Connect with other women who have experienced a cesarean and have or have considered a cesarean scar tattoo in ICAN’s national Facebook group here.

10 Questions You Must Ask Before Getting Tattooed