About 32 weeks into her first pregnancy, Christie Craigie-Carter’s obstetrician told her that the baby she was carrying was stuck in a bottom-down position — a breech baby — and that she’d have to give up her dream of a natural delivery and have a Caesarean section instead.

Desperate to avoid surgery, Craigie-Carter said she wanted to deliver the baby naturally anyway, but her doctor told her that such a procedure was simply too dangerous. “She said I wouldn’t find a obstetrician on the East Coast who would deliver a breech baby vaginally,” recalled Craigie-Carter. When she asked her obstetrician to try to turn the baby into a head-down position by manually manipulating her abdomen, Craigie-Carter was told that such a maneuver might endanger the baby’s life by causing the placenta to separate from the uterine wall.

Craigie-Carter went into labor just before her due date and her son Joshua was delivered — via C-section — giving her an adored and healthy baby but also lingering regrets that she hadn’t been able to even try to deliver him naturally.

Although the Society of Obstetricians and Gynaecologists of Canada has reversed their position and now support breech in some cases, its U.S. counterpart continues to insist on cesareans for all breech babies.

The American College of Obstetricians and Gynecologists remains firmly opposed to vaginal deliveries of breech babies, warning of the dangers of the head’s becoming trapped inside the mother; of neck injuries and paralysis if the baby is extracted incorrectly; and of pressure on the umbilical cord that could shut off blood supply to the baby.

In response to the studies and to demand from patients, the Canadian obstetrics group adopted new guidelines in June approving natural deliveries for select cases.
ad_icon

The organization’s executive vice president, André Lalonde, said in an interview that “there was no substantial evidence that C-section was very superior to breech vaginal birth in selected cases” with an experienced obstetrician.

Hal Lawrence, a vice president of the American College of Obstetrics and Gynecology, said that his organization routinely reviews its guidelines, but added that “our current recommendation is [that] the safest way for a breech delivery at term would be the abdominal approach” with a C-section.

Not all U.S. obstetricians agree, however.

“If you select your breech patient carefully and thoughtfully, then it’s as safe for the baby as having a Caesarean section, and in some cases may be safer,” said Stuart Fischbein, a California obstetrician. He has delivered about 200 breech babies vaginally but in August was told by his hospital to stop. “The bottom line is litigation mitigation and economics,” he said. Regardless of expert guidelines, the reality is that few doctors who graduated in the last decade have the skills to deliver breech babies naturally. Lawrence said American medical students are taught the theory behind vaginal breech deliveries and have access to computer simulation training, but exposure to real cases is limited to residents who happen to be on call when a mother presents with a breech baby in advanced labor and it is too late to perform a Caesarean.

But as we at ICAN know so well, there are some very courageous breech VBAC mamas out there, as well as care providers who are willing to give birth the benefit of the doubt.

After Joshua was born, she [Christie] went on to have two more breech babies. The first was delivered by C-section. But for the second one, she found a skilled midwife near her New York home who was willing to help her deliver naturally. Her son Ryan was born without complications.

Congrats on the article, Christie and your beautiful breech babes! Thanks for sharing your empowering story. 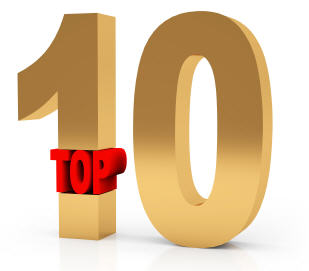 Looking for a last minute gift for a woman you love?

Need a place to spend that holiday cash from grandma?

How about a subscription to ICAN?

Here are 10 very good reasons to become a subscribing member of ICAN in 2010. Thanks to several chapter leaders for these great ideas!

10. Discount at the ICAN Online Bookstore
9. Discount to the 2011 ICAN Conference
8. Be eligible to hold a volunteer position with ICAN
7. Full access to ICAN’s educational and support webinars
6. Receive the quarterly Clarion newsletter
5. It’s a “mother-sized” way to help prevent unnecessary cesareans and promote VBAC
4. ICAN is a 100% volunteer organization. Every dollar directly supports our mission.
3. Increase ICAN’s impact: what if we could say we have 10,000 members against unnecessary cesareans?!?!
2. Support your local chapter’s work in your community

And the number one reason to become a subscriber to ICAN in 2010 is….

1.The satisfaction of supporting one of the most worthy causes in the world: the health and well-being of moms and babies!

ICAN encourages you to join through your local chapter whenever possible so that some of the funds can remain in your community. Click here to find a chapter near you. In lieu of a local chapter, click here to subscribe.

Join the women of ICAN in a live online support meeting.  The topic of this meeting is “Dealing with the Family”

How do you talk to your family about your birth plans? Should you talk to them about it at all? How do you respond when family tell you “at least you have a healthy baby”?

Join the next ICAN online support meeting just in time to get tips for dealing with family around the holidays.

ICAN support meetings are always free, as is the information available on our website, www.ican-online.org.

To improve audio quality, we encourage you to call in by phone.