I joined my local ICAN chapter after my first son was delivered via cesarean. Over the next five years, I became a leader of ICAN of Southwestern PA and the organization supported me through my next pregnancy and VBAC attempt… then they supported me through my physical and emotional recovery from my CBAC. When I became pregnant with my third son, I stepped down as a leader because I knew I would need my ICAN family to support me as a pregnant mama attempting a vaginal birth after 2 cesareans. Here is the story of my third son’s arrival. 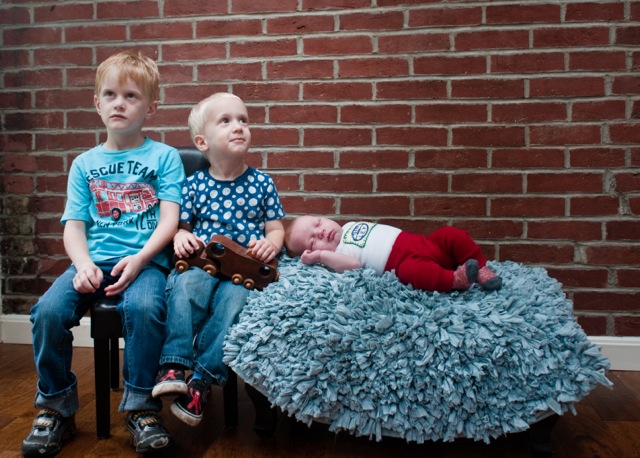 “Will Mommy be the next person in our family to die?” my five-year-old asked my husband as I lay on the sofa, drugged up on Vicodin. My grandmother had died a few weeks earlier and we’d just brought our third son home from the hospital. The birth had frightened my husband and me—a crash cesarean, blue baby, initial Apgar score of 4.

We’d done pretty well preparing the older kids for labor, we thought. We explained the essentials of a baby’s arrival, told them I’d be making some sounds at home as my muscles squeezed and we’d drive off to the hospital, where I hoped to push the baby out of my vagina. Late in my pregnancy, this concept caused my sons to barge in on me in the bathroom and beg, “Let me see up in there,” thinking they could catch a glimpse of their new brother while I peed.

I told my boys there was another way babies entered the world. “Sometimes, if things seem unsafe, a doctor has to cut the baby out from Mommy’s belly,” I told them. “That’s what happened with you and your brother.”

There’s nothing like a new pregnancy to spur young children to ask about their own entry into the world, and since my boys each arrived after long labors with nurse-midwives and doulas, followed by heart decelerations and hurried cesareans, I found these questions the hardest to answer.

Was I born the wrong way? Was I sick when I was born? Did I hurt you when I came out the slice in your stomach?

I’ve been wading through my own sadness, my own lasting fear at hearing my babies’ heart rates slow until the inevitable distress surgery. I hadn’t considered how it would feel to share these birth stories with my actual babies. I can’t seem to find a way to explain without upsetting them.

After my new baby was stable, my mother left me at the hospital to pick the big boys up from daycare. My oldest and most sensitive son immediately asked, “Did they have to cut the baby out?”

He sighed deeply upon hearing they had. “Oh. Just like us.”

Our older boys came to the hospital to visit, and they felt uneasy seeing me in bed, a tangle of tubes and wheezing compression cuffs. They wanted to hug me, but couldn’t figure out a way to get up close. They walked around to my least-encumbered arm for a squeeze and a smile. As the doctor came in to check on me, my oldest asked to see his scalpel.

My kids came to visit each day in the hospital, and each time a staff member entered the room, my son asked to see the scalpel that had delivered his brother to us. Eventually, one of the midwives sat down with him to explain that the blade from the scalpel is discarded after each operation, that the handle remains in the sterile operating room, and nobody can go to see it.

Not until his question about my dying did we really understand his fear and concern about his brother’s arrival, possibly his own, too. A birth affects everyone in the family, we realized. It’s his story, too.

This hands-on experience seemed to bring some closure to everyone. We showed the boys my incision and told them how every day, my body felt a little healthier. We talked about how each of them is healthy now, and how their baby brother was just fine after he got a little extra oxygen.

I tell them it’s ok to feel afraid, because remembering it all makes me feel afraid, too. Not every baby slides into the world peacefully. Thankfully, our family has lots of arms and shoulders to hug when we feel sad about that. As I press their tiny bodies to mine, I feel their hearts pounding in their chests and each day, the stinging fear of their frenzied arrival echoes with less force.

By Katy Rank Lev, for Brain, Child Magazine. This essay originally appeared on Brain, Child: The Magazine for Thinking Mothers. 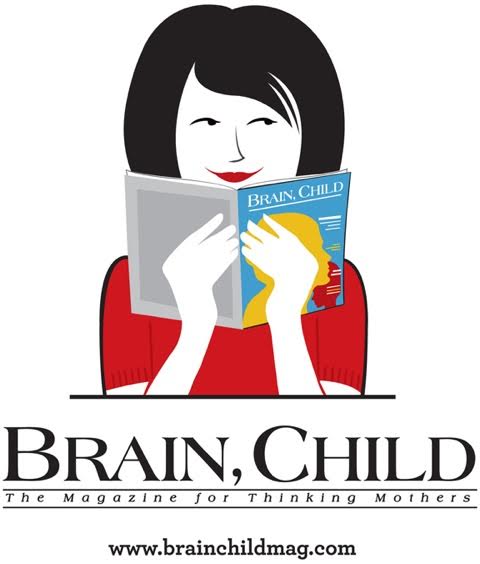