I’m a survivor of multiple pregnancy complications: placenta increta, incompetent cervix, and postpartum hemorrhage – all during my first viable pregnancy. 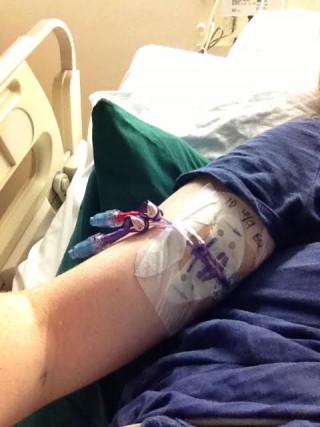 I had several risk factors for accreta including several D&Cs and hysteroscopies. I was on home bedrest for two months due to incompetent cervix. Then during a routine sonogram at 36 weeks gestation, my placenta showed signs of accreta. I was immediately transferred to a hospital and high-risk practice that could handle this serious condition. I was kept on hospital bedrest and monitored for bleeding and contractions.

A team of specialists was assembled to prepare for the possibility that I had accreta and to make sure my son was delivered safely and I didn’t hemorrhage and die. One week later my son was born with a team of about 30 experts supporting the complicated surgery. When they opened my uterus, they found that my placenta had grown all the way through my uterus and would not detach after my son’s delivery. Increta was confirmed and gynecologic oncology immediately performed a hysterectomy on my pregnant uterus in order to stop the bleeding and save my life. I lost approximately four pints of blood, almost half of the blood in my body. I’m lucky I didn’t lose more than that. I was awake during the surgery and specifically remember the frantic call to the blood bank for blood and experienced severe chills and bloating from the loss of blood. My surgery went exactly as planned and miraculously I didn’t require the ICU and my son didn’t need the NICU. 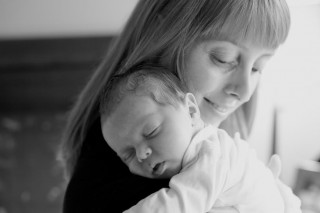 I survived and I’m alive today because of my amazing doctors and nurses and because of a blood and platelet transfusion from those who generously donated blood!