This birth story is a reprint from the Spring 2015 edition of The Clarion, the official publication of ICAN. Become a member today to support ICAN and to subscribe! Photos courtesy of Erin Monroe Photography. 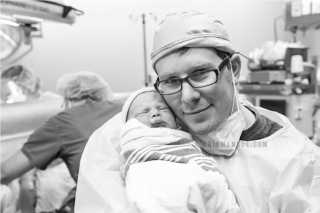 After the birth of my daughter ended in an unnecessary cesarean, I was determined that my second (and last) baby would be a vaginal birth. I began researching homebirth midwives and doulas years before I became pregnant with my son. He was cephalic throughout the entire pregnancy and it seemed my homebirth would actually happen.

At my 39 week midwife appointment, she said “something’s different,” and she sent me for an ultrasound. My stubborn little guy decided to go two feet down (double footling breech) at 39 weeks. I tried everything to get him to flip. Spinning babies. Chiropractic (Webster’s). Essential oils. Massage. Acupuncture. Moxibustion. Handstands. You name it, I tried it. 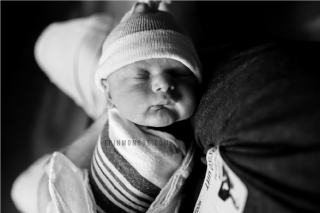 When it became clear he wasn’t going to move, I reached out to my local ICAN leader and friend (Angela Ziegler) for some support and education. She suggested I research incidence and prevalence of cord prolapse in a double footling breech. I dove in and read everything I could get my hands on and discussed the risks with my midwife. We both felt that a transfer of care was in order.

I immediately reached out to the hospital where I would be delivering via cesarean. The first email essentially said: “A surgical delivery is absolutely the last thing I wanted to have happen. Please help me make it suck less.” 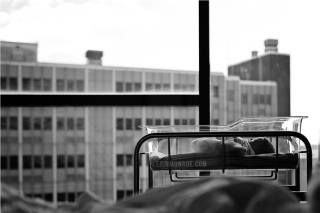 I asked for: delayed cord clamping, skin to skin immediately, I wanted my photographer in the operating room and I wanted to keep my placenta for encapsulation. I was immediately put in touch with the COO/Chief Surgical Services Officer and the nurse manager for the L&D OR. At 5:44pm on the evening before my surgery, I received an email that said “I think you’ll be pleased with what we can accomplish from your wish list,” but there was no detail. On February 20, 2014 once I was checked in, scrubbed up and prepped for surgery, they came to tell me that they were able to give me everything I asked for. It was such a relief!

Once he was out, they gave him to me, where I had him skin to skin for about 45 minutes while they stitched me up. It was pure bliss and I am grateful for the gentle, family-centered cesarean I was able to have and the photo that illustrates all the feelings of the moment: elation, unconditional love and relief. I truly hope that family-centered cesareans become the standard of care. 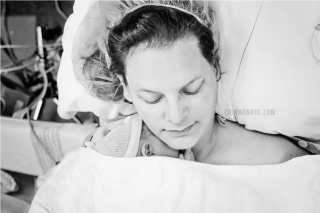